Introduction to Diesels for Abilene, TX

Most people in TX are surprised to learn that around half the cars on the road in Europe have diesel engines. Nearly all import brands offer a range of diesel engines abroad – even the ultra-luxury brands like Mercedes and BMW. For the most part, these diesel engines haven’t been available in Abilene, TX. But that’s about to change.

In the past, North American diesel fuel has had a much higher sulfur content than European fuel. Recent environmental laws have required changes in diesel formulation and emissions standards here in Abilene, TX, so we are now ready to start seeing more diesel options offered over the next few years.

Why are so many Abilene drivers interested in diesel engines? Well first off, diesel fuel is more energy dense. There’s more power in a barrel of diesel fuel than there is in a barrel of gasoline. The result? Better performance and improved fuel economy.

Diesel powered vehicles get about 20 percent better fuel economy. And as for power – why do you think that the majority of new heavy duty pick-up trucks are being sold in Abilene with diesel engines?

If you think back to the late 1970’s and early 1980’s, you may shudder when you think of the diesel powered cars of the day – noisy, smoky, under-powered beasts that rattled and shook their passengers. Modern diesels sold in TX have evolved considerably.

They are quiet, clean – and powerful. They’re so refined that many Abilene drivers can’t even tell they’re riding in a diesel powered vehicle. In addition to fuel savings, diesels generally last longer than gasoline engines because of their heavy duty construction.

Another thing the Abilene green crowd takes advantage of is the use of bio-diesel in diesel vehicles. Bio-diesel is made from vegetable oil – even recycled cooking oil from Abilene restaurants. There is a lot of buzz about hybrid cars in TX. Look to diesel-electric hybrids in years to come to make a good idea even better.

New Abilene diesel owners need to know that properly maintaining a diesel engine is somewhat different than a gasoline engine. Fluid change intervals are different. Emissions control devices have to work harder to filter diesel fuel and to scrub the exhaust so you will need to pay attention to that. And the fuel injection system operates at much higher pressures than gas fuel injection systems, so it’s important to keep your fuel system clean with a diesel.

The good news is that Procter Automotive in Abilene is keeping up with the new diesel technology and will be able to advise you on maintaining your diesel.

When we tell you to look for more diesels on Abilene streets, you won’t be looking for smoky tail pipes as a clue. You also won’t be listening for that familiar big rig rattle. And, you certainly won’t be waiting for them at the stoplight, because modern diesels are as quick as their gasoline counterparts.

0 comment(s) so far on Introduction to Diesels for Abilene, TX 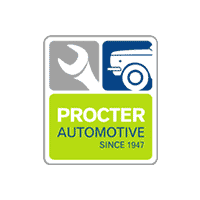